“The CEO of Apple says a leader should admit when he’s wrong.”

“That won’t work for me because I’m never wrong. The best I can do is admit when other people are wrong.”

“That sort of misses the point.”

— A Dilbert cartoon by Scott Adams

A friend was interviewing a woman for a high-level position in his company and asked a fairly typical question. “What was a mistake you made and how did you handle it?”

“Well, I’ve never made a mistake,” she said.

I would have ended the interview right there. With those six words, that woman revealed that she is not someone I want to hire. She let me know that she did not recognize her mistakes and that when things do go wrong, she’ll either deny them or blame someone else.

Every person and every company makes mistakes. The important part, and the way to judge someone’s integrity and business savvy, is what they do next. 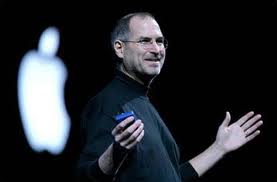 Steve Jobs would admit when Apple made mistakes. “But we learned from it,” he would say.

When Steve Jobs introduced the iCloud in 2011 in one of his famous keynotes, he dealt with the elephant in the room — Mobile Me — straight on and with humor. Everyone in the room knew that Mobile Me had been a failure and had been clobbered by its competitors. The iCloud was the new product Apple was introducing in its place.

As he was introducing iCloud, he said, “You might ask, why should I believe them? They are the ones that brought me Mobile Me. It wasn’t our finest hour — let me just say that. But, we learned a lot.”

Many people, perhaps men in particular, worry that admitting their mistakes will make them look stupid. Well, what happens when they don’t admit their mistakes and they get found out? Then they look foolish and deceptive.

But if you admit your mistakes, people will trust you and respect you as a leader. And trust and respect are important to building strong business relationships with your employees and customers.

I tell a story in the book about a CEO that refused to admit when he made a mistake, choosing instead to gloss it over. That refusal ended up costing the company $8 million. See what I mean about learning from CEOs’ mistakes? That one was a doozy.

We are all going to make mistakes. They can actually be turned into opportunities. As Albert Einstein said, “Anyone who has never made a mistake has never tried anything new.”

The most important part is admitting the mistake and then to follow Steve Jobs’ example: learn from it. And move on.