Lee. N Katz, Founder and Managing Partner of Katz Partners LLC has specialized in turning companies around for more than 30 years. Throughout his career in crisis management, Mr. Katz has served as an interim executive officer and reorganization director for both large and small companies, public and private, with annual revenues from one million dollars up to five billion dollars.

In addition to offering expert-witness testimony regarding business valuations, turnarounds, and plan feasibilities, he has served as a court-appointed receiver in multiple states. Mr. Katz’s corporate restructuring and workout experience spans a broad range of industries, and he also uses his skills to help boards of directors prevent crises from happening. He is known for rolling up his sleeves and focusing on the pertinent issues with straightforwardness and integrity.

Mr. Katz is a former Principal at the prestigious nationwide firm, GlassRatner Advisory & Capital Group LLC, based in Atlanta, GA and was active in its Restructuring and Bankruptcy Practice.

Prior to joining GGG Partners, he worked for First National Bank of Atlanta, originally managing commercial loan portfolios. He became responsible for directing the bank’s asset-based lending in Atlanta and Florida and gained his initial experience in restructuring defaulted loans in the bank’s portfolios.

For more than 30 years, Mr. Katz has also been developing and managing commercial real estate for such clients and end users as Wal-Mart, John Wieland Homes, and other private investor groups. In conjunction with his restructuring work, Mr. Katz has renegotiated more than a billion dollars in real estate leases. He has handled numerous environmental issues for his real estate and corporate manufacturing clients in cooperation with state and national Environmental Protection Agency (EPA) authorities.

Mr. Katz has served as a financial advisor to hundreds of individuals, businesses and trusts and sits on multiple Board of Advisors for his clients.

Furthermore, Lee has over 30 years of “giving back” with Non-Profit and Tax Exempt Organizations. Learn more about that here.

How Not to Hire a Guy Like Me: Lessons Learned from CEOs’ Mistakes.

Mr. Katz has been featured in the national media, including the following:

Mr. Katz has given more than 100 presentations throughout the United States to Vistage International, the world’s largest CEO membership organization, and other CEO and leadership organizations like ACG, Rotary and others. His speeches and workshops have included “How to Keep Your Banker From Burying You,” “The Art of a Turnaround (How to Keep From Being a Statistic),” and “How to Keep from Hiring a Guy Like Me.” 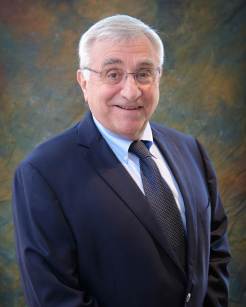