You have an employee who makes a big mistake, but comes to you to admit it and offers a solution. So, you forgive him and move on. We all mess up sometimes, and this employee handled it correctly. You give him a second chance.

As Warren Buffett said, “I make plenty of mistakes and I’ll make plenty more mistakes, too. You’ve just got to make sure that the right things overcome the wrong ones.”

But some mistakes aren’t forgivable and employees who make them don’t deserve a second chance. 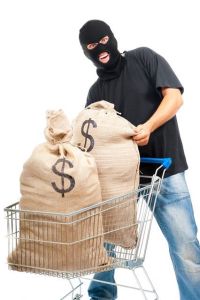 I once worked with a company whose sales manager was running a scheme. He would sell their widgets to a customer who was a partner in his crime. After the sale, the sales manager would issue a credit, reducing the price of each widget by $1 to that customer. The sales manager and the customer split the extra $1.

The scheme went undetected and over time amassed both the sales manager and the accounts receivable manager a lot of money.

The fraud was only detected because the sales manager accidentally sent a credit to the wrong company, which reported the error. The fraud was uncovered and both managers were fired. But they were not prosecuted for their crimes. (I always advise business owners to prosecute thieves. Read more about that in “Why You Should Always Prosecute Fraud”)

And it turns out the sales manager was actually really good at sales, and once he left, sales declined 25 percent. The CEO couldn’t find a suitable replacement in the following year, so what did he do? He hired back the thieving sales manager.

The CEO’s explanation? While the sales manager never paid any of the money back, he said he was sorry. During that past year, he had found God, repented his sins and begged for forgiveness as a friend and long-term employee.

He lasted six months, until he moved. To jail. Where he was sent for stealing again.

Beyond the obvious lessons of prosecuting fraud and not rehiring people who steal, the other lesson is that some people deserve a second chance and some don’t. As a business owner/CEO you need to know the difference.