“How’m I doin’?” was one of the phrases that Ed Koch was famous for. The infamous former mayor of New York City died last week, and I doubt we’ll ever see his like again: a politician who speaks his mind and damn the consequences. 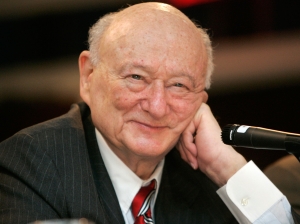 Now, I hardly go around trying to give people ulcers. But I am hired to give my expert opinion on what needs to be done to turn failing companies around. And that often involves telling people things they don’t want to hear.

In my new book, “How Not to Hire a Guy Like Me,” (available in a few weeks on Amazon.com), I have devoted an entire chapter to how CEOs and business owners of failing companies need to face their harsh realities.

One of the biggest mistakes CEOs make — whether or not they are in trouble — is refusing to recognize challenging situations. They need to have contingency plans for worse-case scenarios and act on them if those scenarios arise.

Sometimes I don’t need to dig too deep to discover the problems — they may be staring a CEO right in the face. But he has been refusing to recognize them because doing so would mean having to handle them. Though tackling a big problem might seem taxing, I assure you that not dealing with it is worse.

Here are just a few of the harsh realities I address in the book:

• Markets are changing and evolving and your business is not. If you’re out of ideas and your new ones aren’t working, it’s time to confront your harsh reality. Don’t get stuck on played-out ideas, especially if you’re in the technology industry.

• Your employees are losing faith in you and your company. If your employees show up in the morning looking like they’d rather be washing dishes at the local diner than work for your company, you’ve got a problem you need to deal with.

These are just a few of the many harsh realities I force people to face when they are dealing with a failing or faltering company. You can’t anticipate all the issues your company may face, but you do need to be prepared to acknowledge them and react quickly and nimbly.

Ed Koch left his mark on New York City during his 12-year tenure as mayor from 1978 to 1989 and among his other accomplishments, is credited with restoring the city’s fiscal integrity. That’s one of my goals as well, when I work with companies as a turnaround authority. And I try hard to not give anyone ulcers.