Some things never go out of style. Take all kinds of fraud, for instance. Even in the era of increasing high-tech fraud committed on the Internet, good old-fashioned low-tech fraud is here to stay.

Just this week I read about three cases in the news that involved fraud of the low-tech variety. People stole millions of dollars with nary a click of a mouse.

The ironically named Angel Food Ministries was in the news again because the founders of the now-defunct faith-based non-profit that provided low cost food through a network of churches and civic organizations pleaded guilty to federal charges.

The indictment, which was a whooping 71 pages, included allegations that pastors Joe and Linda Wingo and their son Andy took kickbacks from vendors, used ministry credit cards for personal purchases and trips to Vegas and New York, and used ministry bank accounts for their own benefit. 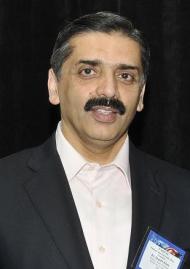 It’s hard to understand why the pastors needed to treat the ministry’s accounts as their own when they were paying themselves $2.5 million in executive and family compensation. I guess angels have a lot of expenses and those wings won’t fly them all the way to Vegas.

Another case of low-tech fraud in the news involves postal workers with sticky fingers. Remember how your mom told you never to send cash through the mail? Well, these folks were stealing more than $10 bills tucked inside little Susie’s birthday card.

Gerald Eason and Deborah Fambro-Echols stole more than 1,800 tax refund checks, Social Security and veterans’ benefit checks in Georgia for the past four years while working at the Atlanta Processing and Distribution Center. They recruited some equally unethical people at banks and businesses to cash their stolen checks.

They’ve been sentenced to jail and fined, as have some of their equally shifty cohorts who cashed the checks.

My favorite story involves Staten Island deli king Saquib Khan, who committed fraud to the tune of $82 million. That’s no bologna, no matter how you slice it.

Trained as a doctor in his native Pakistan, Khan moved to the U.S. in the 1980s and wound up working with his sister and brother-in-law in the deli business. He then founded Richmond Wholesale Company and owns three delis of his own. Sales last year for the cigarette and grocery business were $125 million.

After Hurricane Sandy caused his business to encounter financial troubles, Khan put that creative entrepreneur mind to work and devised a scheme that involved writing hundreds of worthless checks to himself, then depositing them in accounts in several banks under his name or in one of his businesses names, and withdrawing money.

In just two weeks in November he wrote more than a dozen checks a day to himself, drawing from accounts at six banks. Several lawsuits are pending against him and he is trying to pay the money back, which may involve selling his business. Khan may have sliced his last salami.

No matter how technologically advanced our society becomes, low-tech fraud will always be with us and cost corporations billions of dollars a year.

That’s why I devoted an entire chapter to fraud in my new book, “How Not to Hire a Guy Like Me: Lessons Learned from CEOs Mistakes,” with tips on how to prevent it and what to do if it occurs. No matter what business you are in, or how big it is, you are susceptible to fraud.

And remember, mom was right. Don’t send cash through the mail.