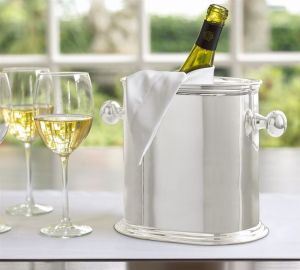 Maybe we should be more jaded by now when we see wasteful government spending. Perhaps it was believed that we would shrug off  the scandal over the General Services Administration spending $823,000 on a Las Vegas conference. But I’m not going to. I’m still appalled. I don’t know if it was the clown, the mind reader or the $5,000 motivational magician who sent me over the edge, but at least one of those entertainers didn’t belong at a government conference in the midst of one of the worst recessions our county has ever faced.

While we may be shocked and wonder how these things could possibly happen, the reality is that they happen every day.

I’ve written previously about the necessity of reviewing the expense reports of senior people, which is one of the first things I do when reviewing a company that is losing money. I’ve uncovered a lot of fraud that way, from CFO’s writing themselves checks for thousands of dollars to them depositing large rebate checks into an account only they know about.

But it’s not only theft that should concern you. Overspending on company events or inappropriate business expenses can be costly as well. Putting the morality of infidelity aside, is it appropriate for a married CEO to charge trips with his girlfriend on the company credit card?

I thought of how costly fraudulent and inappropriate business expenses can be not only to a company’s bottom line but also to its reputation when a scandal erupted recently in Atlanta.

This scandal involved a $106.22 wine cooler from Pottery Barn.

Brian Leary headed The Beltline, a non-profit, partially government-funded organization that is developing a multi-use trail on a former railway corridor around Atlanta.

His staff purchased this wine cooler – among other questionable expenses – for his fiancee. I dare say it cost a previously well-respected CEO more than $106.22. It cost him his job.

When a city audit turned up that expense plus payments of parking tickets and dry cleaning bills for Brian, $500 kegs of beer and a $2,100 tab for food for employees at a baseball game, well, people started asking questions. Shortly thereafter Brian was out, unemployed and disgraced.

I find theft and inappropriate expenses by C-level execs much more egregious than many. After all, these people have been trusted with the management, reputation and future of their companies. With their high salaries they should be the people least likely to need the money. Does an exec with a six-figure salary really need his company to pay his $7 dry cleaning bill?

I don’t know what causes senior-level executives to turn dishonest and steal from their companies or exceed the limits on appropriate business expenses (wait, is it as simple as money?) – I just know that they do.

Have you checked expenses at your company lately? Are your employees clear on what can be considered an appropriate business expense?