Business advisor: “The problem with your business is your son — he’s incompetent and destructive. You need to fire him right away.”

Business owner: “I know it, but there is just one problem. I have to sleep with his mother.”

Many years ago media mogul Ted Turner was dining out with his family when his son, Robert E. “Teddy” Turner, brought up the topic of Turner Broadcasting System’s merger with Time Warner. He was wondering about their job security after the merger.

Of course Ted didn’t last much longer. Once AOL Time Warner’s biggest single shareholder, with 10% of the company, he was effectively fired when he was told they weren’t going to honor his contract overseeing CNN. “There’s no such thing as job security,” he said during a speech at the Atlanta Press Club. “Hell, I was on the cover of Time magazine as their Man of the Year, and they still fired me.”

But one arena where there may be heightened expectations of job security is in family businesses. You can’t fire grandma, can you?

Well actually, yes, you can – and sometimes you must.

I took over a refrigerator warehouse company that was months behind in payments to the bank. While investigating the situation, I learned that the owner’s 82-year-old grandmother was on the payroll for an astounding $200,000 a year, despite not actually performing any real duties and being worth millions of dollars.

The owner recognized the need to get her salary off the books, but said he just couldn’t do it. But I could.

I went to Grandma and discovered one more reason the owner didn’t want to let Grandma go. He hadn’t exactly shared the dire straits the company was in with her, reluctant to admit that he’d ruined his father’s business.

After I explained the situation, I told her that although she was still welcome to come to the office, she would no longer receive a salary. Her reaction? “Okay.”

That’s the best-case scenario. Firing a family member, for whatever reason, is generally a delicate and awkward situation. Many business owners do avoid the situation entirely despite how much cousin Bob’s poor performance is costing the company or the fact that the business can no longer support having all his children on the payroll.

You may find yourself in a situation where you may need to fire or eliminate the position of your grandma, daughter, son or even wife.

Here are a few tips to ease the process:

• Create a formal employment policy for family members that includes conditions for hiring, evaluation, compensation and termination. It’s best to be clear about what expectations there are for family members.

• If a family member’s performance is not up to standards, give plenty of warning with specific instructions on how to improve.

• Document the reasons in detail for termination, the way you would for any other employee.

• If the reason for termination is purely due to financial reasons, prepare to give a clear explanation of the company’s finances and why it can no longer afford to staff the position.

• Meet with the family member in the office. Do not terminate anyone in the home and of course, never at a family dinner.

• Don’t give into emotional blackmail, succumbing to lines about how business must be more important than your family for you to do this. Remember – sometimes business has to come before family if the business is to survive and continue to support the family.

• Give the family member the option of resigning. Discuss what the “party line” will be on why the termination took place and be clear with other family members and associates.

I can’t guarantee there won’t be hard feelings for a while. However, if you conduct your dealings with family members in a professional and open way, you have a much better shot at still making the guest list for your niece’s wedding and to get invited to Grandma’s for Sunday dinner. 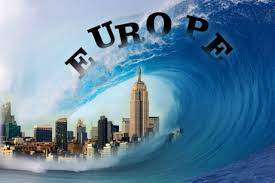 On top of both of these issues, April 18th is also Tax Day (yes, it’s usually April 15, but due to a Washington DC holiday, we can all enjoy an extra weekend to squirm over our taxes).

As you think about becoming aware of and learning to reduce your stress this month, I want you to also think about the role that finances have in your life – and your stress level.

In business, if you don’t know where you are at every moment financially, you can’t move forward successfully in the long-term.

I think this also holds true in one’s personal affairs, and I have no doubt that with financial knowledge comes a reduction in stress – or, if finances are bad, at least the ability to predict and therefore manage that stress with greater ease.

In honor of both of these months – and taxes coming due – I encourage all of my readers and clients to do a few things this month, both in their businesses and their personal lives.

1. Make a budget or do some financial planning.

This need not be professional consulting with a financial manager (though that’s always nice). Just get a better understanding about how much you’re spending and on what you’re spending it. You never know which areas of your spending could easily be trimmed. Though you may not “need” the extra money you free up, it certainly could be nice to put it towards that vacation you were looking to take, right?

2. Do something to de-stress yourself.

If you’ve already done your taxes, great, and even if you haven’t, reward yourself with something de-stressing afterwards like a massage, weekend trip or a day off. Becoming aware of our stress is the first step to reducing it, and with reduced stress comes a greater quality of life. Better financial knowledge and management almost always reduce stress.