My wife will probably chuckle when she sees this topic. Yes, I’ve been accused at times of suffering with an acute case of workaholism. When you love what you do and are excited about helping companies emerge from tough situations to be viable and more successful, it can be tough to shut down work at a reasonable hour.

Yet studies show that people are actually more productive if they engage in “strategic renewal.” That includes sleeping more, taking more frequent vacations and spending more time away from the office.

An article earlier this year in The New York Times, “Relax! You’ll Be More Productive” claims that paradoxically, the best way to get more done may be to actually do less. 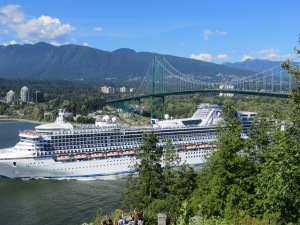 One of my favorite ways to get away from the pressures of work is to go on a cruise.

While the article discusses studies that show the benefits on productivity of extra sleep and working out, being a numbers guy, this part caught my eye.

“In 2006, the accounting firm Ernst & Young did an internal study of its employees and found that for each additional 10 hours of vacation employees took, their year-end performance ratings from supervisors (on a scale of one to five) improved by 8 percent. Frequent vacationers were also significantly less likely to leave the firm.”

Now that’s something to take note of. Improved performance of 8 percent and a higher retention rate? Those are major benefits that companies can take advantage of just by encouraging employees to take their allotted vacation time.

In the United States we start out with far less vacation time to begin with than our European counterparts. And we don’t even take the few days we do accrue.

In 2010 Expedia, the online travel agency, conducted a survey about vacation days. The average American earns 18 vacation days, but only used 14. Contrast that with countries in Europe where in France, for instance, the average worker gets a whopping 37 vacation days and uses 35 of them.

Only 38 percent of Americans say they use all of their vacation time, while 63 percent of the French do.

This seems a fitting topic at the beginning of a holiday weekend, a time when most workers are actually forced to take a day off when their businesses are closed. But a large percentage of our workforce now works on computers and laptops away from the office, so there may rarely be such a thing as a forced vacation.

You can still disengage from the pressures of work and engage with those around you by shutting off your cell phone or leaving it in the car during social events with friends and spouse. Answering a text during spousal time dampens the mood.

When dining out with friends, have everyone put their cell phones on the table. The first one who touches his or her phone gets the check!

One of my favorite ways to really get away is to go on a cruise. Then I only look at emails at 6:00 a.m. or at midnight when my wife is asleep. I leave my cell phone and iPad in my room during the day so I can really enjoy my vacation.

That means you have to make an effort to well, do less. In recent years I have decreased my working hours somewhat and try to take time to enjoy vacations with my wife. This Monday I’ll be joining millions of Americans who relax on Labor Day weekend, visiting with family or getting one last long summer weekend in before fall sets in.

Aren’t you due for some strategic renewal of your own?

2 thoughts on “Improve Your Productivity: Take Time Off”