I’m not much for watching reality shows, but I did catch an episode of one called “Hotel Impossible” recently. And I realized the premise of this and similar shows, like “Restaurant Impossible” and “Tabatha’s Salon Takeover” are actually very close to what I do for a living.

The premise of all these shows is that the host of the show goes into a failing business with the goal of turning it around and making it successful. Which is exactly like I do.

Although in my business, we don’t accomplish everything in two days and we don’t have lots of corporate sponsors donating goods and services. Oh, and I don’t have a hair and make-up person to make me look pretty all the time.

But there are a lot of similarities between what these hosts and I do. Here are just a few: 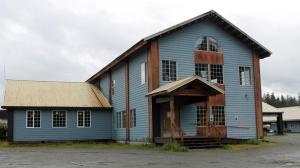 In the show “Hotel Impossible” the host goes to failing hotels to whip them into shape, much like I do with failing companies. But with less decorating involved.

• We have a lot of experience in our respective businesses.

Anthony Melchiorri is the star of “Hotel Impossible.” He has 20 years in the business and has developed and repositioned some very high-profile properties in the United States, including the Algonquin in New York.

I’ve been in the turnaround business for more than 30 years and have served as an interim executive officer and reorganization director for both large and small companies, public and private, with annual revenues from $1 million to $5 billion.

• We force people to face their harsh realities.

Anthony told the general manager he isn’t doing his job and that the property was falling down around him. He told the owners that they were treating this Alaskan fishing lodge as their own personal vacation spot, not like a real business. He doesn’t sugarcoat anything and gives it to them straight.

I have to tell CEOs and business owners things they don’t want to hear all the time. A lot of them, like the owners of this failing hotel, have been ignoring their problems or living in the land of denial. And I don’t mean the river in Egypt. They can’t fix anything until they acknowledge that there is an issue and their businesses are failing.

• We see ways to help a business that have been overlooked, ignored or dismissed by the CEO.

Anthony told the owners of the fishing lodge that they had to have a way to book the property online. He also looked at the shipping costs for provisions and determined that if they cut their monthly shipments to quarterly ones, they could save more than $20,000 a year.

I look at the operations and finances of a company and often find ways a company can improve or make money by making simple changes. In one case I found out that a client had a 90 percent market share on a product but hadn’t raised the price on it in years. One of my first actions was to raise the price by 25 percent, which made the company profitable on a going forward basis.

• We deal with dispirited and disheartened employees.

It’s no fun to work in a hotel property that is literally falling apart around you and where guests are often unhappy. The same is true of a business that is failing. Anthony wants to make people proud of where they work again, and I feel the same way. One of the most rewarding parts of my job is not just helping a company get back on its feet, but helping the employees keep their jobs.

• We leave the company is better shape than when we started.

Anthony leaves his properties with some common areas and at least one room made over, and gives the owners a plan for continuing the improvements so they can be on the road to success.

I don’t hang new curtains, or renovate bathrooms but I improve the operations and finances of a business so it can either succeed again or at least be in a better position to be sold and recoup some of the investment for the owners.

The last similarity? If you work with someone like Anthony or me, you’ll never end up as “The Biggest Loser.”

One thought on “Business Impossible: How My Job is Like a Reality Show”