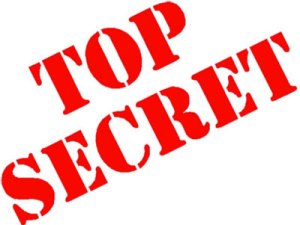 There are no secrets in a company. Your employees know.

Later that same afternoon I was surveying the warehouse which was a mile away from the offices and headquarters, and a forklift driver pulls up alongside me. He says, congratulations on firing grandma and reducing the boss’s salary – he should never have been making so much money.

Not only did this random employee already know that I’d done both of these things, but he knew that grandma was on the payroll and the boss was making way too much beforehand.

I’m telling you – your employees always know. There are no secrets.

That leads me to a few pieces of advice:

1. Ensure that all of your employees sign a non-compete/non-disclosure confidentiality agreement. All of them, no matter their position.

2. If you have things that truly must be kept secret, think longer and harder about who has access to that information, what computer(s) it resides on, etc. Despite the fact that everyone is working on or around it, I’m sure that the secret formula for Coca Cola is still secret.

3. Accept that certain information will be public, and use the knowledge of its publicity to your advantage.

What have you been surprised to learn that your employees know?

One thought on “Your Employees Always Know”